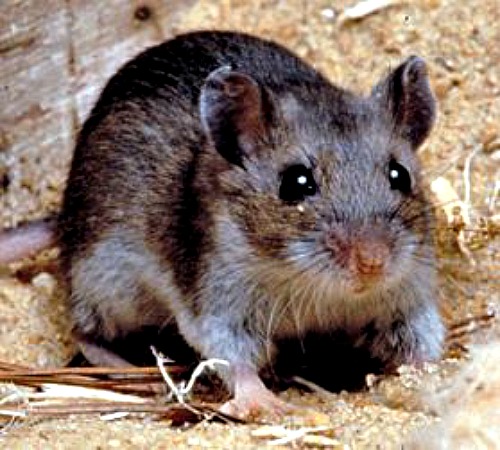 Colorado 02/13/15 chaffeecountytimes.com: by Maisie Ramsay – Hantavirus caused the death of 53-year-old Buena Vista resident Chris Banning, Chaffee County health officials confirmed Friday. “Chris Banning’s official cause of death was hantavirus pulmonary syndrome,” Chaffee County Coroner Randy Amettis said. Banning died Jan. 11 at Heart of the Rockies Regional Medical Center in Salida. “It was a very sad situation because he was an extremely healthy person,” Chaffee County Public Health director Susan Ellis said. “Your heart just breaks for these types of things. They happen so quickly.” Hantavirus is contracted from exposure to feces, urine or saliva from infected rodents such as deer mice. The disease is rare, but has a high mortality rate, killing about 40 percent of those who contract the virus.

Fifty cases of hantavirus were reported in Colorado between 2003 and 2013, according to the Colorado Department of Public Health and Environment. During that 10-year period, CDPHE reported only one case in Chaffee County. Chaffee County Public Health evaluated sites where Banning may have contracted hantavirus, but none were identified as the specific source of contamination. None of the sites were public locations, Ellis said. The coroner alerted Banning’s family and others to their risk of exposure. They were advised to watch their symptoms for six weeks following potential exposure. It takes 1-5 weeks before those exposed to hantavirus show symptoms, according to Centers for Disease Control and Prevention. The disease is not transmittable between humans, cats or dogs. – For complete article with symptoms and precautions see http://www.chaffeecountytimes.com/free_content/article_31f01628-b3d8-11e4-9a2a-8b2a52d556a8.html

Alberta 02/13/15 bnn.ca: Canada confirmed its first case of mad cow disease since 2011 on Friday but said the discovery, which helped drive cattle prices higher, should not hit a beef export sector worth C$2 billion ($1.6 billion) a year. The Canadian Food Inspection Agency (CFIA) said no part of the animal, a beef cow from Alberta, had reached the human food or animal feed systems. Mad cow is formally known as bovine spongiform encephalopathy (BSE), a progressive, fatal neurological disease. “The CFIA is seeking to confirm the age of the animal, its history and how it became infected. The investigation will focus in on the feed supplied to this animal during the first year of its life,” the agency said. Canadian exports were badly hit in 2003 after the first case of BSE was detected. Canada subsequently tightened its controls and many nations have since resumed the beef trade with Canada, despite the discovery of more cases since then. Asked whether he was concerned about exports being harmed, Agriculture Minister Gerry Ritz told reporters in Calgary: “Not at this time, no.” He added though that markets in South Korea and Japan were generally very concerned about the potential risk from BSE. A fresh discovery of BSE may not close borders to beef, given the tougher measures, but it could delay Canada’s efforts to upgrade its international risk status from the World Organization for Animal Health (OIE). Ritz said Canada’s current OIE risk status meant it could report up to 12 outbreaks in a calendar year. – For complete article and video see http://www.bnn.ca/News/2015/2/13/Mad-cow-disease-confirmed-in-Alberta-cow.aspx

Global 02/11/15 smithsonianscience.org: – Have you ever wondered how many species of ticks have been identified? Or given any thought at all to whether ticks are insects or arachnids? For a Smithsonian Science Q & A about ticks with Lorenza Beati, curator of the U.S. National Tick Collection, see http://smithsonianscience.org/2015/02/tickstick/

British Columbia 02/0-9/15 reuters.com: by Sybille de la Hamaide – Canada reported an outbreak of the highly pathogenic H5N1 bird flu virus in the province of British Columbia, the World Organisation for Animal Health (OIE) said on Monday. The outbreak was detected on Feb. 2 in a backyard poultry flock in the province, where bird flu cases of the separate H5N2 strain had been reported in December, OIE said, citing the Canadian Food Inspection Agency (CFIA). The agency stressed that H5N1 avian influenza had not been reported in a commercial poultry flock in Canada and that the virus found in British Columbia was different from a strain circulating in Asia. No human infections have been reported with the H5N1 virus detected in Canada, unlike the genetically different Asian strain, an OIE spokeswoman said. H5N1 bird flu, which first infected humans in 1997 in Hong Kong, has since spread from Asia to Europe and Africa and has become entrenched in poultry in some countries, causing millions of poultry infections and several hundred human deaths. “Based on the limited partial sequence of the H5 and N1 gene segments obtained this far, it appears very likely that this is the same or a very similar virus to the … H5N1 virus in Washington state, but more sequencing will be needed to make a final conclusion,” the CFIA said in its report. – See http://www.reuters.com/article/2015/02/09/us-canada-birdflu-idUSKBN0LD1QL20150209

National 02/06/15 healio.com: Researchers from Johns Hopkins University reported that the long-term consequences of Lyme disease infection is having a significant impact on the United States health care system — costing upwards of $1.3 billion annually, or almost $3,000 a patient on average. “Routine follow up of patients after initial treatment of Lyme disease may be important to identify those who go on to develop post-treatment Lyme symptoms,” John Aucott, MD, assistant professor of rheumatology at Johns Hopkins University School of Medicine, told Infectious Disease News. “Symptoms of unusual fatigue, new musculoskeletal symptoms, or other unexplained symptoms in a patient recently treated for Lyme disease should raise the question of possible Post-Treatment Lyme Disease Syndrome.” Post-Treatment Lyme Disease Syndrome, or PTLDS, continues to be a controversial topic. Some physicians and patient advocacy groups claim that PTLDS is a chronic condition lasting weeks, months or even years after initial antibiotic treatment has been dispensed, calling it “chronic Lyme disease.” Others argue that there is insufficient evidence of the persistence of viable Borrelia burgdorferi bacteria in PTLDS, and that long-term symptoms like fatigue, musculoskeletal pain and neurological manifestations are unrelated to the infection.

According to the CDC, 10% to 20% of patients treated for Lyme disease with the recommended 2- to 4-week course of antibiotics have PTLDS. After initial antibiotic therapy, there are limited treatment options for patients reporting persistent symptoms of Lyme disease. “Our study looks at the actual costs of treating patients in the year following their Lyme diagnosis,” Emily R. Adrion, MSc, a PhD candidate in the department of health policy and management at Johns Hopkins Bloomberg School of Public Health, said in a press release. “Regardless of what you call it, our data show that many people who have been diagnosed with Lyme disease are in fact going back to the doctor complaining of persistent symptoms, getting multiple tests and being retreated. They cost the health care system about $1 billion a year and it is clear that we need effective, cost-effective and compassionate management of these patients to improve their outcomes even if we don’t know what to call the disease.” – For complete article see http://www.healio.com/infectious-disease/zoonotic-infections/news/online/%7Beb7cb6ca-f815-4412-a75f-0ea8ac60b01d%7D/ptlds-costs-estimated-at-1-billion-annually-in-us

Florida 02/06/15 Alachua County: A Rabies Alert has been issued after an unvaccinated dog belonging to a local business owner tested positive for the virus. At least 10 people were treated for potential exposure after it was learned they had been in contact with the 30-pound, black-and-white bull terrier near Gateway Farms at 22413 NW 227th Drive in High Springs. Others who may have been in contact with the dog are being urged to seek immediate medical advice. – See http://www.gainesville.com/article/20150206/ARTICLES/150209708

DMID is an open access journal that publishes articles in all the fields of Microbiology and Infectious Diseases. All manuscripts are reviewed by the editorial board members or qualified reviewers. Our peer review process is very fast, highly rigorous and it takes just a few days to weeks, and authors are carried along adequately in all the publication processes. The Journal welcomes the submission of manuscript(s) that meet the general scope and criteria of DMID. Our objective is to inform authors of the decision on their manuscript(s) within a few weeks of submission. Authors should submit their original manuscripts, reviews, commentaries and perspectives via email attachment to dmid@journaldynamics.org or our on-line platform a http://www.journaldynamics.org/submitmanuscript/dmid/. – See http://www.journaldynamics.org/callforpapers/dmid/