Montana 08/29/16 dailyinterlake.com: by Sam Wilson – An off-duty employee of Glacier National Park was injured by a bear Saturday evening on the east side of Glacier, according to a park spokesman. Public information officer Tim Rains said the employee was picking berries a quarter mile off the trail near Red Rock Falls in the Many Glacier area when she surprised the bear, believed to be a grizzly sow. He declined to name the employee, but said the bear injured her leg and hands. The injuries are not life-threatening. Rains said she was hiking with a companion and was carrying bear spray, but did not have an opportunity to discharge the canister. 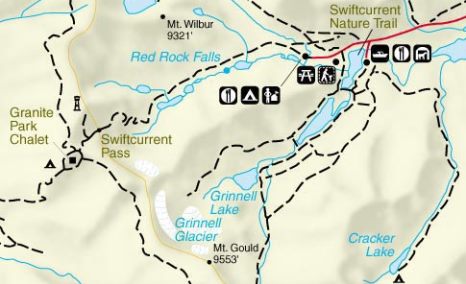 “She walked most of the way back, and then was carried on a litter the remaining portion of the [Swiftcurrent] Trail,” Rains said. “We believe it was a grizzly — there was a sow and her cubs noticed in the area, but we do not have a definitive confirmation.” She was first taken by Glacier County EMS to Browning for medical attention before being transported to Kalispell Regional Medical Center, where Rains said she is currently being treated for her wounds. Because the attack resulted from a surprise encounter, Rains said park officials are not actively searching for the bear. – For complete article see http://www.dailyinterlake.com/news/local_montana/bear-injures-glacier-park-employee/article_0ec2595a-6e16-11e6-b709-63cb5cb9d2d3.html

Alaska 08/27/16 adn.com/alaska-news: by Ned Rozell – While Alaskans have long endured dense mosquitoes and frigid air, we’ve always had the absence of venomous snakes and dog ticks. But the latter may be establishing themselves here. Ticks that infest red squirrels, snowshoe hares and a variety of birds have always been present in Alaska, but a team of biologists and veterinarians recently found five non-native ticks on Alaska dogs and people. In a recent study published in the Journal of Medical Entomology, researchers identified brown dog ticks, American dog ticks, Rocky Mountain wood ticks, deer ticks and Lone Star ticks in Alaska. A few of those creatures hitchhiked up on animals and humans that had recently visited the Lower 48. But some had not. 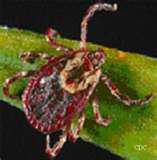 “It appears the American dog tick is established in Alaska,” said Kimberlee Beckmen, a wildlife veterinarian with the Alaska Department of Fish and Game and a co-author of the study. “Some of the dogs (with the tick) had not traveled or hadn’t had contact with traveling dogs.” “That is not a good thing,” said Randy Zarnke, Beckmen’s predecessor at the Department of Fish and Game. He wrote a 1990 paper about the potential for some harmful ticks to survive our winters should they reach Alaska. “(The American dog tick) attaches to humans and can spread diseases that we haven’t had to worry about up until now.” The American dog tick can transmit the bacterium that causes Rocky Mountain spotted fever and can secrete a toxin that can cause tick paralysis in dogs and humans, said Lance Durden of Georgia Southern University, lead author on the paper. Tick paralysis can be fatal if it affects breathing muscles. – For  complete article see http://www.adn.com/alaska-news/science/2016/08/27/exotic-ticks-appear-to-be-establishing-themselves-in-alaska/ 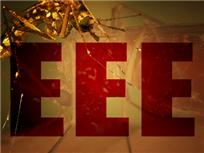 North Carolina 08/26/16 wect.com: Seven horses and one human have been infected with mosquito-borne eastern equine encephalitis this summer in North Carolina. The disease, also known as EEE or ‘Triple E,’ can cause inflammation of the brain. There is a vaccine for horses, but there is none for humans. State Health and Human Services’ Division of Public Health officials noted there was a single case affecting a human reported in North Carolina. Cases affecting horses were reported in Brunswick, Hoke, Onslow, Pitt, Robeson, Sampson and Wake counties.  “Triple E is not communicable between horses and people,” said State Public Health Veterinarian Carl Williams, DVM. “It is transmitted to humans by the bite of an infected mosquito. While Triple E is very rare in humans, when it does occur it is a serious illness, so it is very important to take protective measures against mosquito bites.” Symptoms for EEE in humans may include high fever, severe headache, stiff neck, and sore throat. Those at highest risk live in or visit woodland habitats. – See http://www.wect.com/story/32851133/mosquito-borne-virus-infects-seven-horses-one-human-in-nc

South Dakota 08/30/16 siouxlandmatters.com: by Lukas Voss – The South Dakota Department of Health has confirmed the first death of West Nile Virus in the state in two years and this season. The individual has not been identified but placed in the age group between 80 and 89. This marks the 74th confirmed case in the state with most of them being diagnosed with the common West Nile fever, 12 percent were found to suffer from the more severe neuro invasive diseases. – For  complete article see http://www.siouxlandmatters.com/news/local-news/one-dead-of-west-nile-virus-in-south-dakota 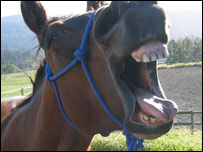 Florida 08/31/16 clickorlando.com: by Dawn Brooks – After a horse tested positive for rabies Tuesday, the Florida Department of Health in Brevard County issued a rabies alert for the Weber Road area in Malabar. Officials said all residents should be aware that rabies is present in the wild animal population and that domestic animals are at risk if not vaccinated.  – See http://www.clickorlando.com/news/rabies-alert-issued-for-part-of-brevard-county

Ontario 08/29/16 cbc.ca/news: The rabid cat found in Haldimand-Norfolk last week did in fact come from rural Ancaster, the city confirmed Monday, marking Hamilton’s first case of domestic rabies in over two decades. “The Canadian Food Inspection Agency confirmed today that this cat was infected with the raccoon rabies strain,” city spokesperson Aisling Higgins said in a statement. “During the course of the investigation fewer than five people have been identified in Hamilton as having had exposure to the rabid cat.” – For complete article see http://www.cbc.ca/news/canada/hamilton/news/rabies-cat-1.3740478